The Benefits Of Working Agile In The Insurance Industry

Agile working emerged out of a growing dissatisfaction with IT techniques used in the late 90s, such as the waterfall method in software development. The approach puts speed and autonomy at its core, advocating a process characterised by the division of tasks into short phases of work and frequent reassessment and adaptation of plans. Since the launch of the Agile Manifesto in 2001, the approach gained popularity well beyond the IT experts it was initially intended for, with research recently suggesting as many as 83% of large corporates in Western Europe are adopting agile.

Following on from this, a new whitepaper from The Transformation Alliance has explained why insurance operators might want to make the shift to agile working, sooner rather than later. One leading insurance company in Sweden the researchers pointed to as an example said that the company’s transformation was motivated by the need for flexibility to test hypotheses, being able to explore and not being “square” or “static” in the way the company works.

Since the beginning of the Covid-19 pandemic at the end of 2019, this kind of flexibility has become increasingly important. With the devastating impact of the crisis on many in the business world, some companies were able to adapt to the rapidly changing world order, while others simply could not cope and crashed out of existence.

By contrast, however, the Swedisch insurance company was able to readily adapt to the new normal presented by the pandemic, with the company’s CEO acknowledging that the change to working from home during the pandemic was easy, “because of the employees, now used to working in an agile environment, have the mental agility to deal with the changing circumstances.”

“The point of being agile is to be able to adapt to changes,” the CEO told The Transformation Alliance. “But to be honest, adapting to highly disruptive episodes such as Covid-19 has been difficult for most companies, irrespective of whether they’re agile or not. Just because one has become agile does not immediately solve the problem.”

Each of the financial services companies interviewed for this paper noted several measurable benefits after the introduction of agile structures. For example, cross-functional agile teams with the required capabilities dedicated to value streams enables focus and removes distraction – something 77% of companies said agile helped to improve.

Agile transformations also saw a number of longer-term positives for operators in the insurance industry. Along with lower costs, these included higher employee engagement, and a resulting increase among understanding by employees of complex decisions – helping lead to fewer resource conflicts within a firm. Ultimately, this helped provide an increase in deliverables and higher productivity in the case of one of the biggest financial services companies in Scandinavia.

However, the report also warned that being agile is “not a panacea to solve all problems.” Instead, when the next major disruptive event happens, it is one tool which organisations can deploy to increase their chances of weathering the storm, even in just a small way. To that end, 87% of firms polled by researchers agreed that “an agile organisation is more able to cope with disruptive developments” in their market. 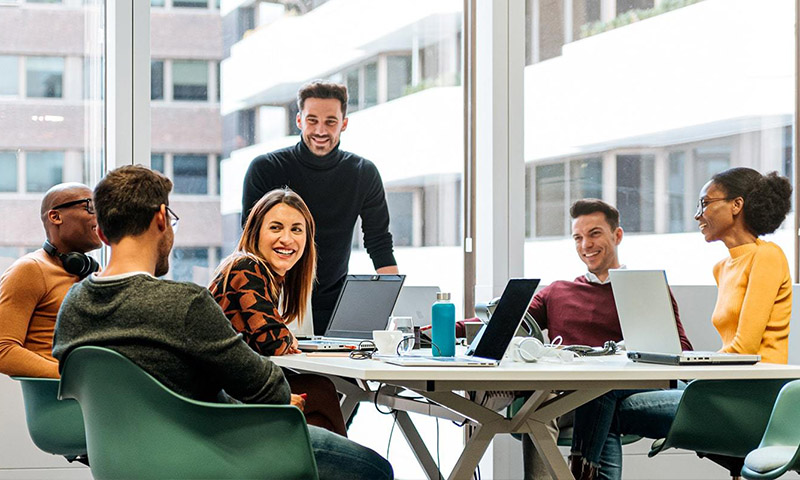